Read at the Intelligencer 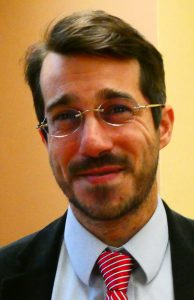 WHEELING — West Virginians addicted to drugs have human rights, and Democrat Sam Petsonk said it is the role of the state’s attorney general to protect them and lead the addict to becoming a productive citizen.

Petsonk, a Beckley attorney, has announced he will seek the Democrat nomination for West Virginia attorney general in 2020. Last week he visited the Northern Panhandle.

“I am so focused on protecting human rights,” he said. “If you have a substance abuse disorder — if you are dealing with an addiction crisis in family — you have protection under human rights law to get support in returning to the work force, and getting back with your family.

“Any agency who studies drug addiction crisis understands stigma and the unaffordability of treatment are the two biggest barriers to recovery from drug addiction. If we accommodate and support people in recovery, we can help them succeed with that life-long struggle of beating addiction.”

The workforce development system and vocational rehabilitation services in West Virginia “should be there to help recovering addicts become productive citizens,” according to Petsonk.

“We’re not doing that right now. It’s the job of the attorney general to lead the human rights division and enforce and act to protect that interest,” he said.

Petsonk said when he served as the president of the West Virginia Employment Lawyers Association, he focused on educating other lawyers and the general public about the issue of human rights and drug addiction and getting addicts the help they need to return to the work force.

“I don’t see how we can beat the drug addiction crisis without that,” he said.

Petsonk has been critical of the efforts of current Attorney General Patrick Morrisey, a Republican, in protecting the human rights of drug addicts.

While some lawsuits against pharmaceutical companies have brought some money to West Virginia to fight drug addiction, the Attorney General’s Office needs more of a plan going forward, according to Petsonk.

“Money is one piece of the puzzle, but it is a massive problem we have,” he said. “We need to bring in more money through litigation, but we also need a comprehensive strategy like I am describing.”

“Simply going to court and hauling off with a couple of million dollars here and there isn’t even scratching the surface of the problem.”

Born in Morgantown, Petsonk, 35, is an attorney who focuses on labor and employment issues. He is a graduate of Washington and Lee University in Lexington, Virginia.

His background includes a three-year stint working for the late U.S. Sen. Robert C. Byrd, where he was charged with matters pertaining to labor and energy and workforce development.